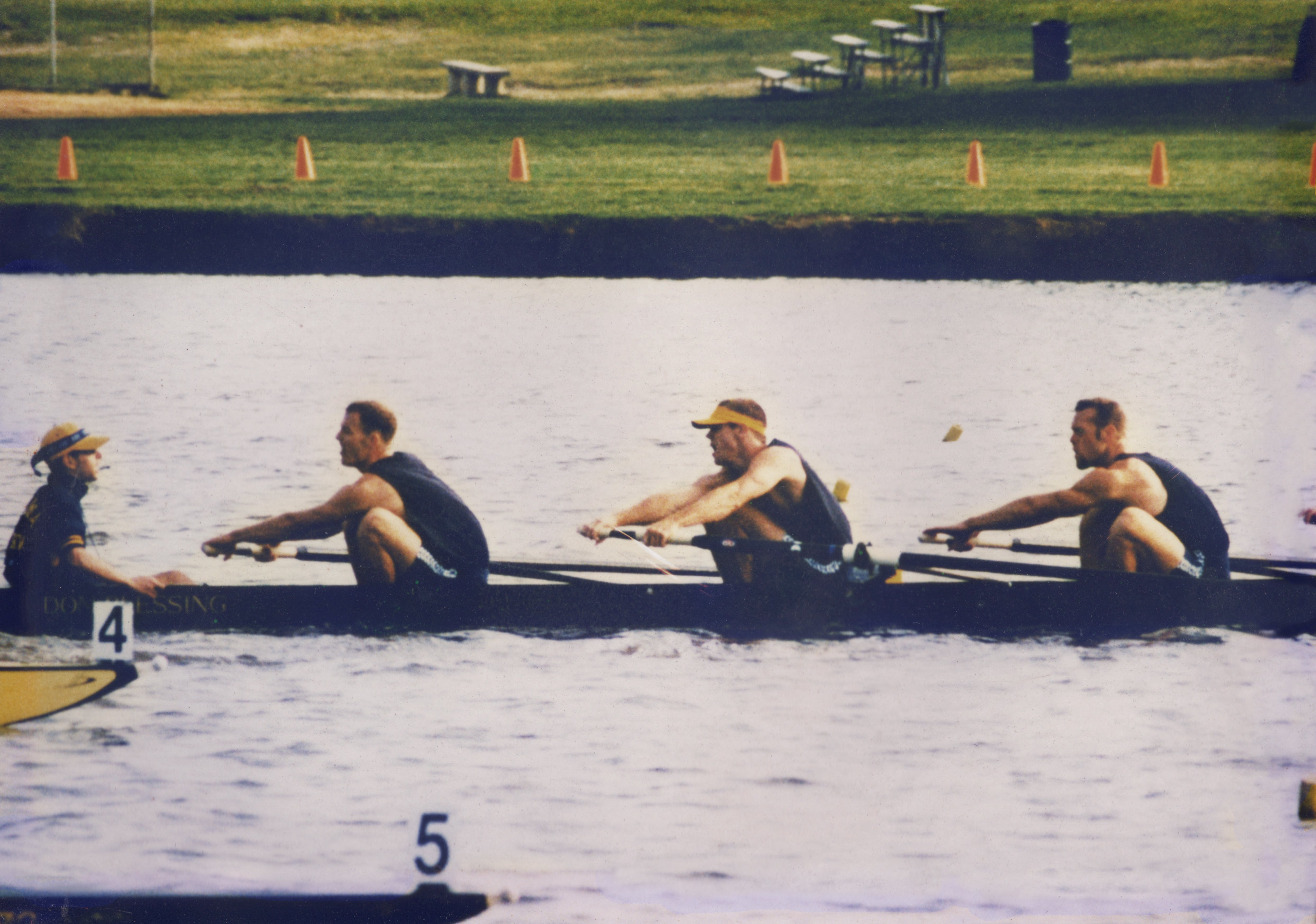 Luke Walton, RA Founder – What Does Rowing Mean to Me?

Our Founder, Luke Walton (pictured in seven seat above), delivered this speech to the current oarsman, parents, and alumni as the guest speaker at the annual Cal Crew Heavyweight Men’s Team Dinner in early May 2019, as they prepared for the upcoming PAC-12 and National Championships.

What does Cal Crew mean to me?

“In a single word:

My time at Cal was marked with wins. Lots of them.

But these wins were not mine.

I was part of a very special era, marked by PAC-10 and IRA National titles and wins over Washington, achieved by oarsman who not only succeeded at Cal, but went on to succeed at the National and Olympic levels.

It was an honor and privilege to row with men who could only be called “true competitors.”

It’s easy to stop there, to not think past the “what,” to not engage in the “how” or the “why”. To not move beyond the observation that we were a group of “quote, unquote talented athletes.”

Back in the day, we used to hear things like…

“How could they not win? Jake Wetzel is a specimen.”

“You can’t pronounce half the names in their boat, and everyone knows having foreigners is an advantage.”

“I think their six-seat is 30, married, with a couple of kids, and served in the Norwegian special forces, firing bazookas.”

Actually, none of that is true except for the bazooka part, if I recall correctly.

But, talent (and rumor) only get you so far. So, if talent didn’t ensure our success. What did?

Back to that word, “winning.”

Because from the pursuit of winning, everything else followed.

We rowed in the “Gladstone Era” at Cal. And Steve frequently cited the three pillars of excellence:

Numbers 1 and 2 are pretty straight forward and – please forgive the oversimplification – can be summed up as:
1. Row hard, and
2. Put your blade in the water

On the other hand, the third concept, great morale, is intangible and, therefore, difficult to simplify.
As I see it, morale is the essential building block of a team’s culture. And, in this environment, great morale is created by how the collective pursues winning.
It is created out of the consistent and positive daily decisions of each oarsman, juxtaposed against the question: Will this bring us closer to winning?

The “right” decisions lead to positive actions being taken by each individual oarsman. And each individual action leads to informing the expectations of the group, to setting the standard. Commitment to, and repetition of those actions by the group leads to a culture of confidence and winning.

Rowing asks one question again and again: “Do you want to keep going?”

And in a winning culture you must answer that question every single time with an instantaneous, resounding “YES.” You must answer with confidence. Without hesitation. And your ability to do so relies heavily on your trust in your teammates.

In a lot of ways, the rowing stroke is a representation of a particular mindset.

A consistently confident, drawn out, complete stroke represents undying trust in yourself and your crew.

All of those things were welcomed.

The only fear that existed was that of letting my teammates down. I can still remember moments on the race course thinking, “This. F_ _ _ _ing. Hurts!”

And rowing would ask, “Do you want to keep going?”

And I would think, “My guys won’t let up. Not one of them will let up. So, neither can I.”

In those moments I cared less about beating our opponents and more about honoring my crew mates and their commitment and intentions.

So, make the most of it.

Do the very best you can. Every day. For you and for your teammates. Give yourself fully to the process. Be a true student of the craft of rowing.

One day, your time here, like mine, will be commemorated with pictures on the wall, your name on a rowing blade, and maybe, a banner or three. And when that time comes, you will realize how special what you have here today truly is.

I can promise you one thing: In very few places, if any, outside of this endeavor will you ever be part of anything so truly special.

In your remaining time here, accept the possibility of failure, but refuse the reality of it. Act in a manner in which you understand you are part of something greater than yourself and contribute accordingly.

Give yourself fully to this process.

Come off the water every day having given your all, and you will never be left wondering, now or in the future, what Cal Crew means to you.”