“The teams, comprised of 22 rowers and 3 coxswains, were voted on by a panel consisting of coaches, players, administrators and members of the media. Each member of the team was chosen based on their collegiate careers in the Conference.”

“Cal bears rower Luke Walton’s story is one of historic success, but most of the Bears know him to be reserved about his accomplishments.

Walton attended high school in San Diego, where he swam for two years. He earned all-conference recognition both years. As a mountain biker, Walton also took the California State Junior Novice Down- hill Champion title in 1995.

He began to focus on rowing in 1996 and soon after, he won the San Diego Indoor Rowing Classic as a novice junior that year and again as an open ju- nior in ’97. He earned recognition in the quad with the California Junior Rowing Association that same year.

Walton enrolled at Cal in fall of 1997 and in spring of 1998 rowed with the undefeated freshmen team alongside classmates Jake Wetzel and Nito Simonsen. The trio made the jump to the varsity eight the following year with Walton sitting seven seat. That 1999 varsity took Cal from back-to-back bronze medals at the IRA to starting the streak of four consecutive national championship titles. Wal- ton also helped lead the 1999 varsity to nine-second victories over Washington at the dual and Pac10 Championships that year.

He followed up the 1999 season with a gold med- al in the USA men’s eight at the U23 World Champi- onships. Building upon his previous successes with Cal and the national team, Walton stroked Cal’s var- sity eight to another undefeated season in 2000.

Walton became the first rower in the GoldenBears’ long history to go all four years at Cal with- out a single loss at the oars. He earned four con- secutive Pac-10 Championship titles and Intercolle- giate Rowing Association National Championships and. His unprecedented success on the water led to him being selected onto the Pac-12 All-Century Team in 2016.

The San Diego native now helps host the traditional opener to the rowing season: the San Diego Crew Classic as its operations director while also coaching rowing and triathlon.” 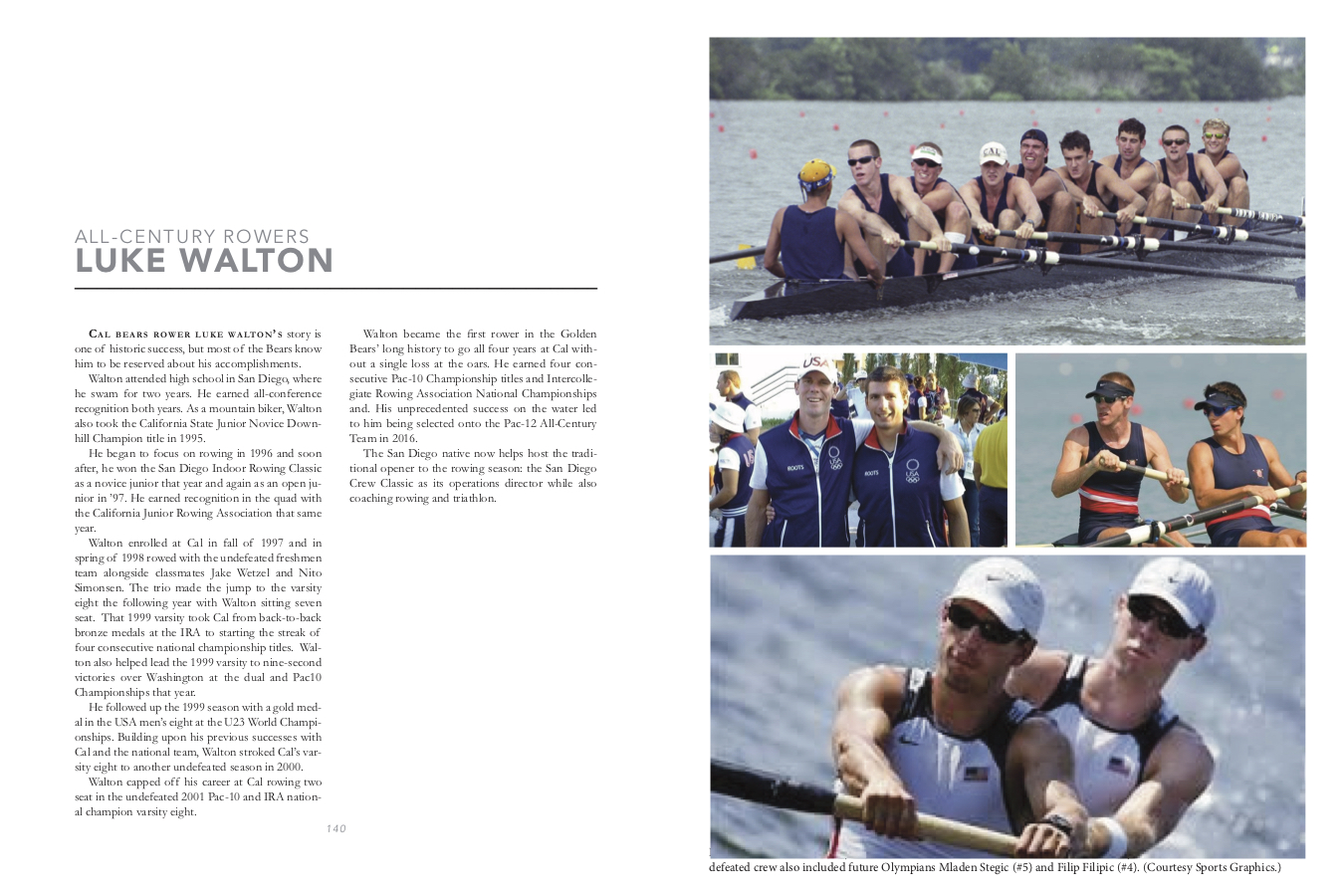